With Kaizen Academy There IS hope. There IS healing. 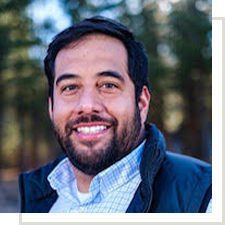 If life has taught Richard one thing repeatedly it is that life itself is centered in our relationships with others. As Richard has worked with clients in different capacities over the years it has become more and more evident that how a person relates to themselves, and others plays a critical role in their overall mental and physical health. Because of this his career has been focused on healing trauma that creates a pattern of protection rather than patterns of connection.

Richard started his academic career at Snow College where he was a pre-pharmacy student. He quickly learned that he was far more social than what he felt a career in pharmacy would afford. Around the same time his high school basketball coach called him and invited him to work in residential treatment. He accepted his invitation and knew within a matter of days that this was where he was supposed to be. Richard’s major changed to behavioral science, and He completed an associate degree at Snow College and then moved on to Utah Valley University where he graduated summa cum laude with a bachelor’s degree. After completing my undergraduate degree, he attended the University of Utah where he also graduated at the top of his class with a Master of Social Work degree.

Since completing graduates’ school Richard has worked in outpatient therapy, taught as an adjunct professor at Snow College for two years, opened an outpatient clinic for rural Utah, and spent the last five years working in sex specific residential treatment. In sex specific residential treatment, Richard has worked as a mentor, a clinician, an assistant clinical director, director of research and as the chairperson of the diversity and inclusion board at that organization.

In his personal life, Richard is a proud husband and father. He has been married since 2009 to his wonderful and supportive wife. They have three beautiful little girls and a boy on the way. He coaches sports in the community.. In every phase of life, Richard has grown to love the people that he is on this incredible journey with. He is excited to be at Kaizen and to work with a great team of people that care about and value relationships as much as he does..